The Economy: What It Means If You Plan to Sell Your House 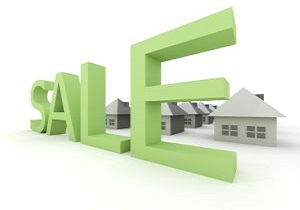 When the housing bubble burst, it plunged the United States' economy into a serious recession, and it is still recovering. The good news is that top economists believe 2013 will finally be the year that housing will drive significant economic growth.

After many years of too much supply in the housing market, a much better balance of demand and supply conditions has arrived.

Last year, home sales reached their highest level in five years, and home building rates were at levels not observed since early 2008. Buyers are coming back to the market because of drops in foreclosures, near record-low mortgage rates and rising home prices.

The forecast is that there will be nearly 1 million housing sales starting in 2014, coming close to matching the almost 30 percent rise we've seen so far in 2013. Some experts predict even stronger growth, forecasting a rise of up to 50 percent.

Today, there is little supply in the housing market but a huge pent-up demand. Builders will be forced to construct new homes, leading to more jobs in both construction and manufacturing.

A Great Time to Sell Your House

All this news is good, for both the overall economy and you, if you plan to sell your house this year.

Home prices are rising almost as quickly as they did in 2005 and 2006, the peak pre-bubble years. But this time, prices are rebounding, not bubbling. Prices are now normalizing instead of soaring above their fundamental value. This is also good news because there is no bubble forming that may burst in the future.

In some markets, sellers are seeing multiple offers because buyers are more confident and eager to take advantage of near-record-low mortgage rates. Home prices are continuing to rise, and now is a great time to plan to sell your house.